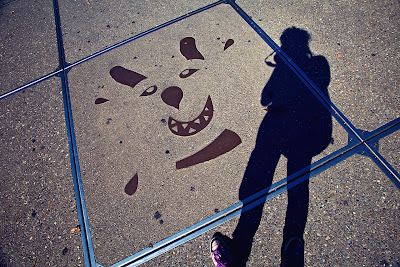 Hey, so here's the last post in the "Wanderings across Confœderatio Helvetica" 2010 series (check Zürich, Grindelwald & Zematt for more info), featuring my fave Swiss city - Lucerne (a.k.a. 'the city of lights'). In this post i've decided to concentrate more on the pictures & less on words. Indeed, being surrounded by breathtaking mountain scenery, surrounded by the scenic lake of Lucerne, best advertising for Lucerne is done with visual representations, not verbal descriptions :P 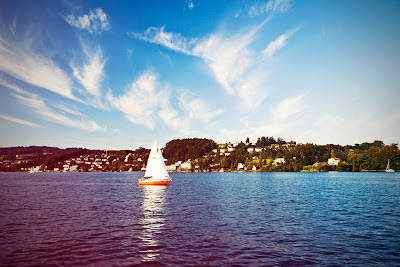 Lucerne is situated on the most scenic lake in CH - Vierwaldstättersee, so, naturally, the first thing to do after checking in the hotel was taking a boat-trip, in our case - to Weggis. 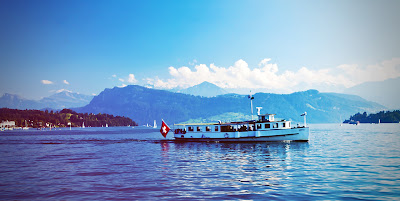 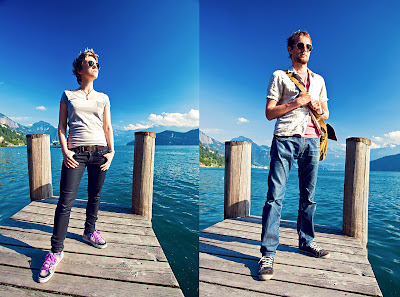 Right after coming back from a boat-trip we went to check out Lucern'e wooden symbol - 14th century Kapellbrücke (Chapel Bridge). Although Chapel Bridge's octagonal water tower survived a disastrous fire in 1993, it is thereafter the zigzag Spreuer Bridge (Spreuerbrücke) that oficially holds the title of Lucerne's oldest bridge. It was built in 1407 & its 17th-century roof paintings remain intact, detailing 56 storyboard-style scenes by Caspar Meglinger, called "The Dance of Death". 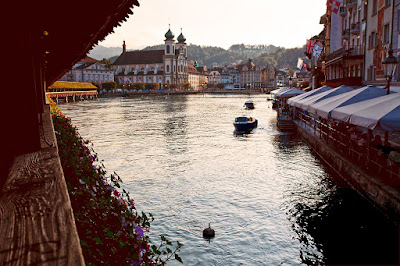 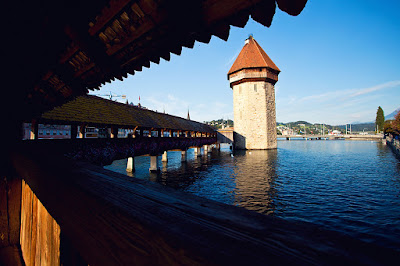 After the spooky Danse Macabre roaming the bright streets of the Old Town  was a cheerful relief & even the 'traditional' (tja, happened to me 4 out of 4 times that I've been in town) walk to the somewhat thought-provoking Bertel Thorvaldsen's Lion Monument (Löwendenkmal) seemed quite a breeze compared to the weirdly frivolous mischiefs of "The Dance of Death". 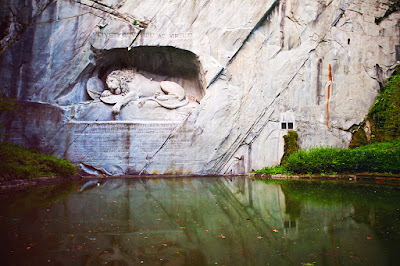 The festive (with all those dazzling colorful lights) ending of the day was a  waterfront walk to KKL Kultur und Kongresszentrum - btw, very advisable for photography admirers: one can hardly imagine a more scenic location than this striking work of postmodern architecture by Jean Nouvel with emblematic mount Pilatus (2132m) in the background.
Come visit, enjoy & take pictures!!! 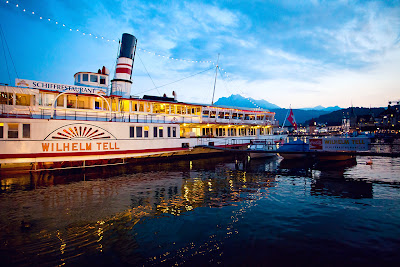 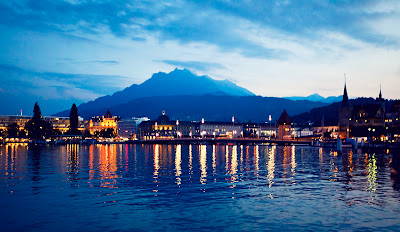 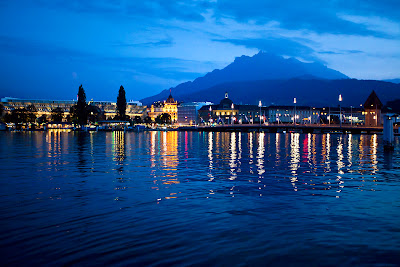 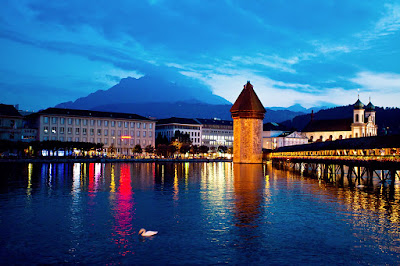 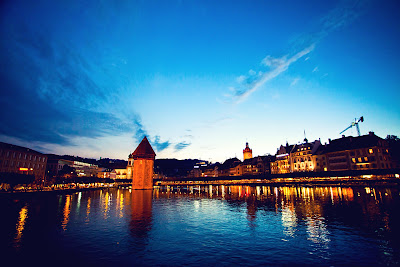